Hey y’all! So currently, I just cleaned my room and bathroom and Lauren is on her way over! We didn’t get to hang out over the weekend (which hasn’t happened for A VERY LONG TIME) so we needed some “twin” time XD

Over the weekend, all of my family went down to a funeral for my mom’s cousin. On Friday we went to this park and hiked all over the beautiful red rock with my cousins.

At the restaurant we were eating at, my dad found these ridiculous purple sunglasses and let me take a picture of him. I thought it was hilarious. 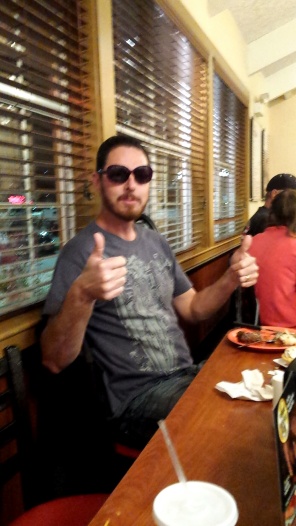 And then the baby was uber excited about her ice cream cone and got it EVERYWHERE, but it was adorable. 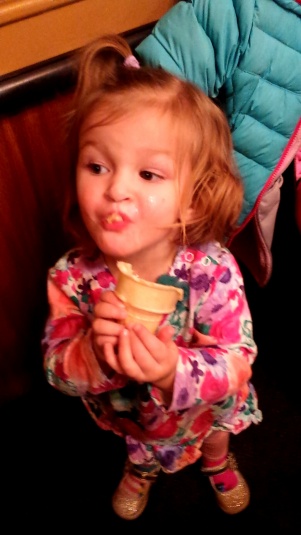 Saturday was the funeral. It was good, and oddly short in my opinion. It was also my cousin Olivia’s 9th birthday so we ate cake and sang to her later that night. One of our aunts spent the night with family so us older girls me, Sienna, and Kallie (previously mentioned) got a hotel room to ourselves until Kallie’s mom came back at almost 1 am.

At like 10 o’clock that night we invited three of the younger girls into the room with us for an hour and played truth or dare. Two of them are 10 and one is 9, and I have to tell you that truth or dare is SOOO much more fun with younger kids. Most all of them picked dare and I came up with what they had to do. So Kal had to wear wet socks for 15 minutes, one of them had to meditate in the hallway, and one had to wear her underwear outside of her pants and run down the hallway and back. It was hilarious, we were all laughing our heads off.

Once the little ones left we just hung out and ate some snacks and talked, it was really fun! 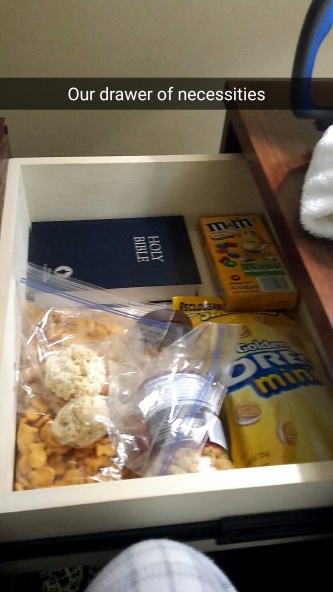 Well I’m obviously back from my trip so I wanted to say thank you for all the feedback I got over the weekend! A lot of people said that they liked to hear update posts, so I’ll do a quick one right now.

Tomorrow is my neurologist appointment which I am super nervous for. I really want an answer, but I don’t particularly like the answer I think I’m going to get. Because of this, my friend Hala (previously mentioned) has so kindly offered to hang out with me afterwards! We’ve never like hung out after school so I’m pretty excited!

Also I just realized that I’ve written this post in three different parts, before Lauren came, after she left, and after helping my brother with his math homework.

I’ll most likely be posting a full update tomorrow so stay tuned!

Aaaagghhh last thing! Promise! I’m starting this thing where I post the short poems I write during the day at school and I’m calling it Thoughtful Scribbles, it might evolve into something different, but we’ll see!