Hey y’all! So this is what I did on Sunday in Wyoming! So to start, my grandma grew up in what the entire town calls “The brick house”. It was basically a monument for all of Star Valley and the neighboring towns. About two years ago, some of my family made the horrible decision to sell the property. Now instead of a beautiful brick house, is a natural gas station. A. Gas. Station.

This gas station to be specific:

We used to camp out in the backyard and in the morning we’d sneak through the trees on the left to Burger King for breakfast. Even though we couldn’t camp there this year, we still kept up the tradition.

After breakfast we visited my dad’s uncle Donald in a rest home- and he’s super funny. He loves to go- “Aw hell” but he was telling us about how the cops used to tell him to stop shooting the skunks or they’d put him in jail and they still recognize him now. When we left he told my dad that he would never forget him- not in this life or another which I thought was very cute.

After that, we went to visit my dad’s great aunt on his other side, Polly. She fell and broke her hip so she was in the Star Valley Hospital- we couldn’t stay long but she asked my brother if he brought her a banana. He had promised that he would bring her one the last time we saw her in a hospital down in Utah a few years back. He didn’t remember.

My favorite thing that we did though- was hike the Intermittent Springs. My family and my aunt Michelle and her husband Josh hiked up to this beautiful water fall thing that my dad loved as a child. About every 10 minutes or so it completely stops and then after 15 minutes starts again. We were there just at the right time so we got to watch it start! 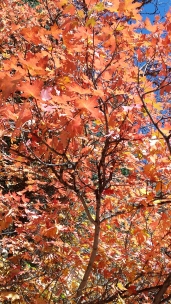 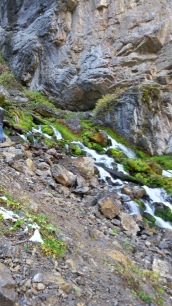 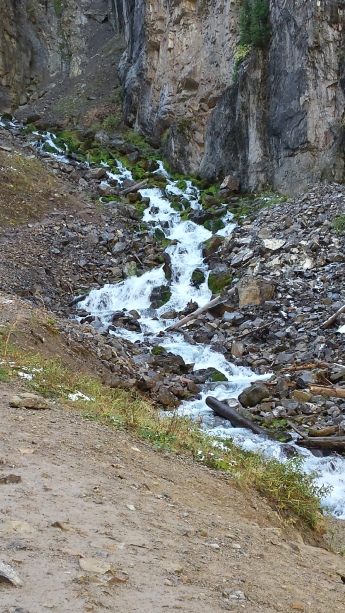 This next pictures are a sort of before and after of my brother and I. We’re standing/sitting on the same place in both of them, just 10 years after. 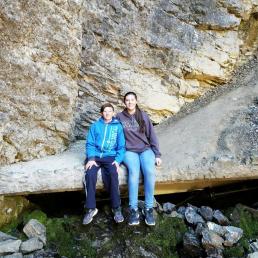 After our hike, we went and visited some places that our families lived. One of them was the farm my other great grandma grew up on. It’s in a extremely tiny place called Smoot. Right before this we stopped at the green house again and found these super cute little cats- but on the farm we found 4 other itty bitty kittens. 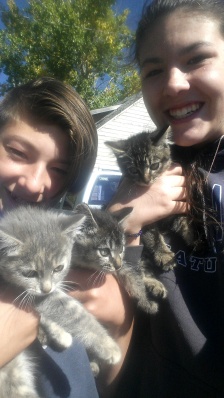 This is the farm:

And that was the end of our trip! I hope you made it to the end of another really long Wyoming post! If you didn’t see the first part- check it out here!

Love y’all! – Aspen AKA The Author