Hey y’all! I had a really good Thanksgiving, we just went to the one that my dad’s whole side of the family has. My mom and I made my FAVORITE food ever that we only make on Thanksgiving, raspbery pretzel jello, and it was DELICIOUS. I also got to hold a 2 month old baby named Sawyer, and he was sooo cute. I was literally about ready to take him home with me. Other than that we’ve just been Black Friday shopping for a bit, my brother got a PS4 and I bought Mortal Kombat XL which I’m super pumped to play.

Anyways, without further adieu, here are how you can be badaspen:

And that’s it! I hope you guys liked this sort of humorous post. What do you do to feel badaspen? 😉

Love y’all! – Badaspen aka Sasspen aka I should really just stop with the name puns…

Hey y’all! So today is My Crazy World of Books Blog aka Gioia’s, 1st blogaversary! If you don’t already follow her blog right now, go do it! I’ll wait.

Well now that you can read her awesome blog posts- you can hear about how awesome she is as a person. Gioia and I have been talking for quite a long time, and we talk every day. Because of the time difference, I can always look forward to seeing a “Good morning!” message from her and it always makes me so happy.

I myself am not a very “sweet” person- but Gioia definitely is. She’s one of the kindest people I’ve ever met, no matter what happens she’s always there to encourage you. She can always make me laugh too. We play this game called the Rant Game where you give each other a topic and then have to rant about it and she always cracks me up.

I can easily say that she is one of by best friends regardless of the fact that we’ve never met and that she lives 5,407 miles away. She’s a constant reminder for me to be kind and has made me think before I speak to others. Our friendship has made me a much better (and happier) person!

Love you, G and congrats! – Aspen

P.S. Lauren, Ryann, and Bex, wish you a happy blogaversary too!

Hey y’all! Today was a half day of sorts. Technically juniors didn’t have school at all to make up for the day we have to come in February to take the ACT. But my AP US History teacher was doing a review thing so my friends and I decided to go to that.

First, Lauren and I went and got breakfast burritos from Betos and they’re SO good. They’re massive and filled with super yummy potatoes eggs and such, I got bacon. Then we drove to the school and to the AP review thing.

After that we went to this park over by our houses that’s in this cute little town next to the mine. They have super fun metal slides, Ryann flew down them and flipped into the wood chips it was hilarious. We took some fun pictures which I’ll have down below! 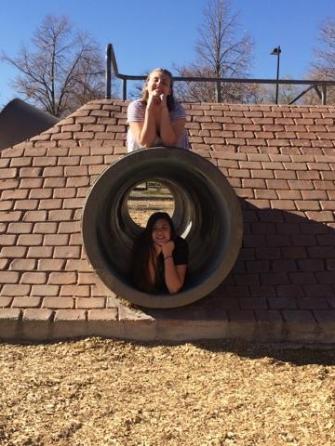 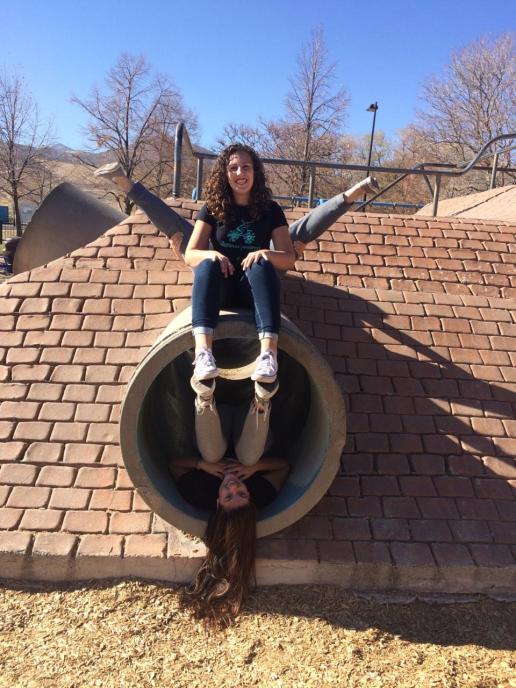 After the park we went the cemetery there and just looked at all the graves. Does anyone else like to do that? Or is it just me…. Either way, Laur and Ry wandered off so Bex and I were just looking at the headstones together and had a really cool conversation. We were talking about being human and our empathy and ability to progress together and individually. I brought up the point that we always see the bad things of progression when (at least in my beliefs) the world was created for positive things and some of the only reasons we are where we are today is because of hope and faith.

I’ve really missed talking to her, we always have really cool conversations that keep me thinking.

I have to go to young women’s, we’re delivering gifts to veterans in our ward! Love y’all! -Aspen AKA The Author

I woke up yesterday in my new sweatpants. The sun flooded my room and I was smiling to myself as I read through all of your posts. And then I it a text from my cousin.

She asking if I knew what happened to this guy who went to my school who was also basically her best friend. They were born 17 days apart.

My heart sank as I typed that I had no idea what she was talking about. Thoughts of him being in the hospital ran through my head as she called.

And then came the sobbing and I tried to help.  I did what I could and told her I would always be there and that I loved her.

All day I was sick to my stomach. As we helped our neighbors move,  all I could think was, “Not again, not again.” My mom kept throwing me worried glances and each time, “I feel horrible. She’s so far away I just want to be there” rolled out.

My cousin mentioned above, lives it our grandma. Her little brother had a football game that afternoon. At the game my aunt told me the story and more details about it all. I felt even worse.

When my aunt until walked away I couldn’t help it, tears filled my eyes and I forced myself to focus on the game. Just run, tackle him! Go, go!

But my mom saw right through me. She asked if I was okay in that mom voice that I know she feels bad. And the tears dripped down my cheeks no matter now hard I tried to stop them. Big sunglasses are perfect for when you’re crying in public.

After that I kept it together pretty well. We went home and cleaned out some of the garage. My brother was going to sleepover over at my other aunts so I drove him and my mom out to my grandma’s house. I ended up just sleeping over here for the night, and am writing this from her couch.

I went to sleep holding a baby and thinking of someone who would never get to hold their own child. Rocking a crying baby thinking about someone would would never cry again. I was looking at a form of new life, with so much potential and energy, thinking about such a sad form of The End.

If any of you ever feel so lost and hopeless that you think you’d rather be dead, there are so many places you could go for help. There are so many people who love and care for you. Even if they don’t know you yet. Once something like this is done-its done. There’s not any more chances or take backs. It’s terrifyingly permanent. If you’re scared to ask for help, I can almost promise it won’t be as scary as looking a death that doesn’t  have to happen in the eye. I speak for me and the least 100 other people that would always be willing you talk, listen or help.

I love y’all, -Aspen. Just Aspen today, not a pseudonym on the Internet, a real person who really cares.

Hey y’all! So for those of you who don’t know (or do), I play cello. No, it’s not the big violin. I know it looks like one, but it’s much better (sorry, not sorry). Anyways, again, for those of you who don’t know, I do not have feeling in my hands. That means that when I touch you? Probably an accident. You touch me? Can’t feel it. I punch you? You can feel it, but I won’t. (That’s sooo not a threat, psh, what?) But most importantly, it means that I can’t feel if my fingers are on the right string, or on any string at all when I play. Which makes it nearly impossible to play anything decent.

I’ve played cello since 5th grade, making this my 7th year with this instrument. That’s a long time. But last year, I had to relearn how to play with my quote, unquote disability.  I’ve also had to adapt to not being able to look at the music and my fingers at the same time, which means that I have to memorize the music.

For a long while every time I played would end in tears. And it still does sometimes, I haven’t found a magic way to fix the waves of frustration every time. But I have found a reason to deal with it.

I’m sure you’ve all heard the quote, “When you want to give up, remember why you started” and it’s pretty true. If you never had a motivation for it then, and you don’t now, it might not bed worth your time. But I do.

I remember walking into the gym of my elementary school where they had all of the instruments we could play lined up. I tried the violin first, dragged the bow across the strings and nearly dropped it. It was horrid.

I remember what it sounded like the first time I played my cello Caspian, if that wasn’t love at first sight I don’t know what is. Every time I see him, it still makes me smile. He’s beautiful.

I remember what it feels like to hear a classical song and just know that’s it. That’s cello. I can make music like that. Music that makes people feel, not just hear. Music is what feelings sound like.

If I quit there would always be something missing, and no matter how hard it gets I know that I won’t be able to leave it behind.

I’m going to link some of my favorite songs down below! Some are old classics, and some are by a group called the Piano Guys who I’ve mentioned before. They’re from Utah and their music is AMAZING, I highly recommend checking them out!

Okay so, I’m thinking of possibly, just maybe playing and recording a song and posting it… it sound so crazy. Should I? Comment down below if you would want to hear it!

Also, I’ve been really curious as to reasons why people follow my blog (writing, my life, etc) so let me now that down below too!

Love y’all – Aspen AKA The Author