Heyes y’all. So today instead of a “blogmas” post I’m just going to kind of talk about what I’ve been doing lately.

Today I went with Bex to see the Utah Symphony play some Christmas songs. I had a lot of fun, they’re obviously really good. They played a Suite from the Polar Express and it was beautiful. Those songs are what Christmas sounds and feels like. They also played Waltz of the Flowers from The Nutcracker by Tchaikovsky, which my orchestra played in our winter concert so that was pretty cool. Here are some pictures of where they play, Abravanel Hall. 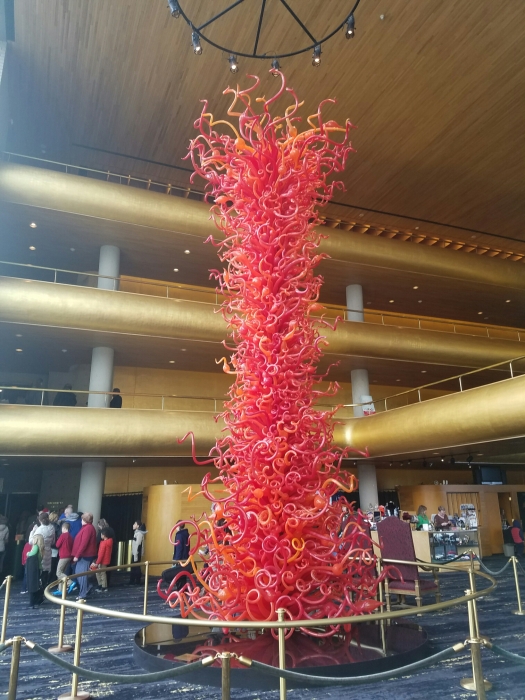 After the concert we want back to her house to watch national Lampoon’s Christmas Vacation and laughed super hard. If you haven’t seen that movie you need to, it’s hilarious.

But speaking of my orchestra Winter Concert, it was Wednesday night but I was so sick that I didn’t even hear what we were playing. Thankfully before the concert Lauren took me to go get ice cream, made me pasta, and then we took a nap before going so I could somewhat function.

And I’m feeling better now, but my throat is still really sore.

I have 3 more days of school til Christmas break, and lots of hw to do tomorrow that’s due Monday and Tuesday, wish me luck xD

5 Replies to “Seeing the Utah Symphony! ”